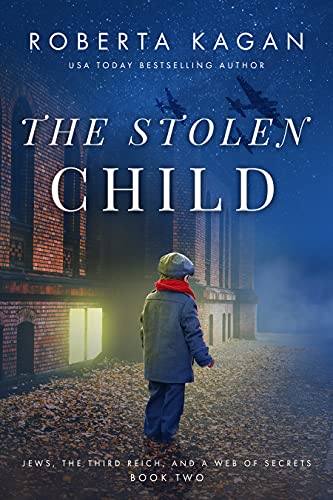 Hide Karl in plain sight. That was the idea. It was meant to be foolproof.

Who would think of finding an Aryan-looking Jewish child in the household of a high-ranking Nazi officer?
What could possibly go wrong?

When four-year-old Karl, Kara’s son, suddenly disappears, Kara’s worst fear becomes her painful reality. Has someone seen through her cover?

An increasingly frustrating search for the missing boy ensues. Kara is succored by Oskar, an SS officer who would do anything to have Kara's love. His compassion is in stark contrast to his office's macabre nature.

As her world is turned upside down, the grim nature of the Third Reich becomes much more apparent to Kara. The rot has eaten deep into many German hearts, even that of her beloved sister Anka.

As a fog of fear and evil envelops Kara's life, the hope of a love she had always ached for stirs ever so slightly.

How far would one go to get a hold of what they so desperately want?

Will Kara see her son ever again?

Stolen Child is the second book in Roberta Kagan’s totally gripping WW2 historical series: Jews, The Third Reich, and a Web of Secrets.

Praise for “My Son’s Secret” (first in series):

⭐⭐⭐⭐⭐ “Roberta Kagan writes vivid, realistic Holocaust novels in which the reader can really identify with the characters” — Julie, Goodreads

⭐⭐⭐⭐⭐ “I couldn’t put this down, I sat up all night reading it. At the end of every chapter I’d think, just one more then I’ll go to sleep, before I knew it the sun was coming up and I’d reached the end” — John, Goodreads

⭐⭐⭐⭐⭐ “Another winner for me. Yet again Roberta has surpassed herself with her brand new series” — Carol, Goodreads

⭐⭐⭐⭐⭐ “Evocative, heart crushing, intense and poignantly beautiful, this nonlinear book set mainly in 1930s Germany takes the reader’s mind in all directions. It quickly took me into a private world. I did not want it to end, yet was almost desperate to find out which layers would be revealed next” — Brenda, Goodreads

I am a USA Today Best Selling Author of Historical Jewish Fiction mainly set during World War 2. My father was Romany, and my mother was Jewish; when I was very young, I learned about the Holocaust. I couldn't understand how something like this could happen. So, I began to research and learn more. I met with survivors. I even met with the children and grandchildren of SS officers. But I still had no answers. I cannot say that I have all of the answers to all of my questions even now. But what I do know is that soon all of the survivors will be gone. Their message must be remembered, and the sacrifices that they made must not be forgotten. And so I humbly and with the utmost humility, I try to tell their stories. It is painful, but I must convey the darkness and horror of the time. However, I also want the world to know and celebrate the unsung heroes. Because many ordinary people acted in heroic ways. I realize that writing these books is a great responsibility. I pray every day that I can do this correctly. I am trying to reach out and touch many people, not with the message of the horrors but with the promise of hope. I thank you from the bottom of my heart for considering my work. It is an honor that I never take lightly. 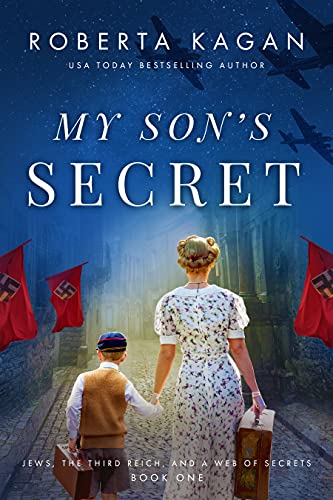 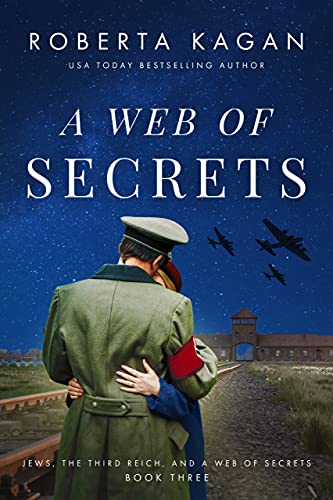 A Web of Secrets
Preview
Disclosure of Material Connection: Some of the links in the page above are "affiliate links." This means if you click on the link and purchase the item, I will receive an affiliate commission. I am disclosing this in accordance with the Federal Trade Commission's 16 CFR, Part 255: "Guides Concerning the Use of Endorsements and Testimonials in Advertising."