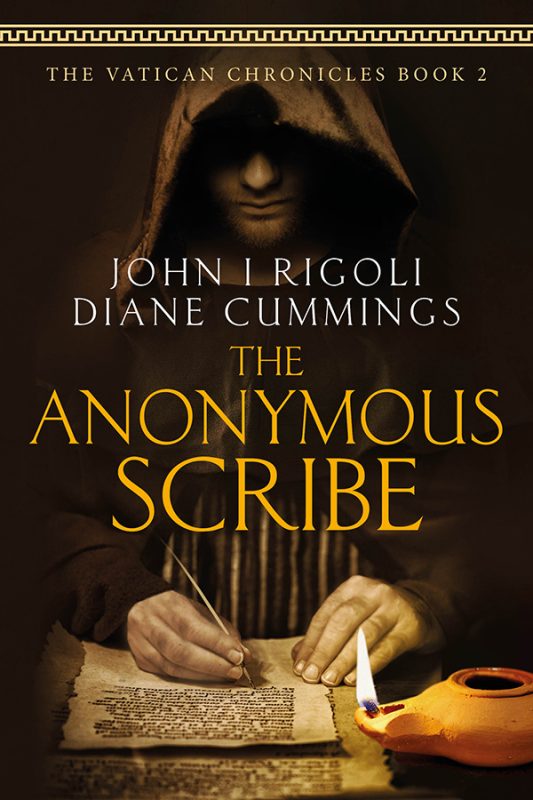 When the lie is two thousand years old, who, exactly, will the truth set free?

While analyzing parchment fragments from the Dead Sea Scrolls, grad student Susan Bauer pieces together text that indicates the existence of a stolen Secret Temple Scroll that was penned decades before the gospels. If discovered, this document could free the Jewish people from the centuries’-long blemish that they are responsible for Yeshua’s death.

It could also turn Christianity on its head.

From the basement of the Israeli Museum to a basilica in a picturesque French village to the ruins of Herculaneum, ex-Mossad Yigael Dorian and blacklisted archaeologists Valentina Vella and Erika Simone journey on a transcontinental chase, dodging thieves, kidnappers, cardinals, and enlisting mobsters to uncover the truth behind this rumored scroll.
It is the writer of this document, however, who has the final word in a mesmerizing depiction of life in the Galilee alongside Yeshua.

From the writers of The Mystery of Julia Episcopa, comes Book II in the Vatican Chronicles series: The Anonymous Scribe