Shadow of a Century

Home > Books > Shadow of a Century 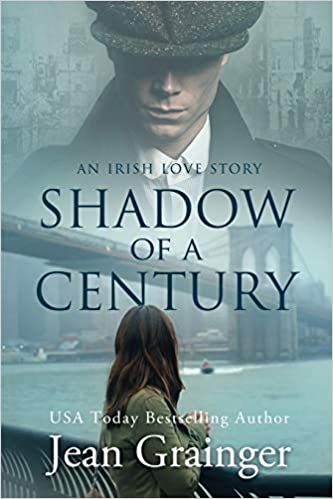 During a time of great upheaval and unrest in Ireland, as men and women run to take up arms against the tyranny and occupation of the British Empire, the lives of three women are forever altered, and thereby inextricably linked over the span of a century.

Mary Doyle arrives in Dublin in 1913, doomed she fears, to a life of domestic service. Instead, however, she finds herself deeply affected by the social and political turmoil of a fledgling nation struggling for independence. Suddenly, all that was once inevitable is no longer a certainty as she is embroiled in the very heart of the Easter Rising.

Scarlett O’Hara has had many hurdles to cross in her life, not least her name. A successful political correspondent, she finds herself at a crossroads when one error of judgement jeopardises everything she has worked so hard to overcome and achieve. In the process of rebuilding her life, Scarlett faces the difficult and ultimate choice of starting all over again.

At ninety-three years old, Eileen Chiarello thought her time for adventure and wonder was over, before a chance meeting with Scarlett draws her back to Ireland, the land her parents fought for and loved so passionately. Now, at the end of her life, Eileen has the opportunity to fulfil a promise she never thought she could.

Historically sweeping and beautifully written, Shadow of a Century draws a circle around the Irish Rebellion and carefully traces the magnitude of its significance against the backdrop of three women’s lives across history.

Described by reviewers as ‘so much more than an Irish love story,’ and another said ‘Jean Grainger’s story telling is so enthralling I gave up sleep.’

Is there ever a sacrifice that is too great, when the stakes are so high?