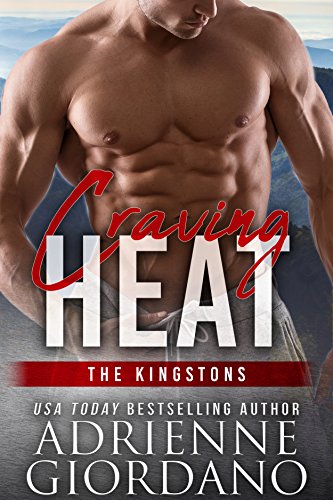 Craving Heat is a romantic suspense novel with a kick-butt small-town female sheriff and a superstar, alpha male athlete. This action-packed, sports story forces the fish-out-of water hero under the sheriff’s protection.

Craving Heat is a romantic suspense novel with a kick-butt small-town female sheriff and a superstar, alpha male athlete. This action-packed, sports story forces the fish-out-of water hero under the sheriff’s protection.

Maggie Kingston is a woman working in a man’s world…and doing a damn good job. Being Steele Ridge’s first female sheriff isn’t easy. Especially when your cousins are magnets for trouble. The Steeles do everything the hard way, but Maggie’s tougher than she looks. Nothing shakes this sheriff until her cousin brings one of his superstar players—and the accompanying media circus—to town. The press can’t get enough of the sexy quarterback. And neither can Maggie…

Jayson Tucker devoted his whole career to the New York Knights. So when the team takes a rookie’s side over his after a locker room brawl, he takes refuge from the spotlight. Except reporters aren’t the only ones after him. Someone wants Jayson benched. Permanently. When the threat becomes deadly, hiding won’t be enough. And in Steele Ridge, security comes in the luscious form of its gorgeous, no-nonsense sheriff.

Jayson’s always fought his own battles. The closer he gets to Maggie, the less he’s willing to risk her being caught in the crossfire. Yet Maggie is no damsel in distress. She’s more than capable of keeping her town—and her man—safe. But can she say the same about her heart?

Although all books are stand alones, if you would like to read the entire Steele Ridge series chronologically, the following is the correct order: