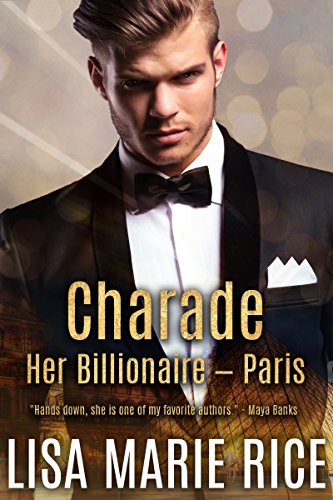 Mark Redmond pretends to be anything that makes him seem harmless when he is actually one of the most dangerous men on the planet.

Or maybe a tax software salesman.

Anything that makes him seem harmless when he is actually one of the most dangerous men on the planet.

On a business trip to Paris, he encounters beautiful, classy Harper Kendall. After one incendiary night at the Ritz, he's not willing to let her go, even if it means a day of culture at the Louvre. Art isn't his thing, but he is willing to make an exception for Harper.

But then danger strikes and that is his thing.
He's not going to let anything happen to Harper, not while he is alive.

Harper Kendall isn't into bland businessmen, so why is she so taken with Mark Redmond? He is so not her type and yet... it only takes one hot night to convince her that maybe he is. With their lives in danger, Harper discovers what it means to have a highly dangerous man protecting her and loving her.